The word Meta means beyond or after in Greek and Verse means universe. The metaverse has also come forward as 3.0 of the internet. This concept might sound new, but it is not, it was coined in a science fiction novel called “Snow Crash” by Neal Stephenson about 30 years ago. 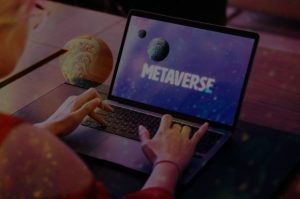 Many big companies are getting ready to enter the world of Metaverse, for example, Nike for the purpose of selling virtual footwear and apparel in the virtual world of metaverse filed many trademark applications with the U.S Patent and Trademark Office last year, which it has since checked by way of its Nikeland venture on Roblox and the acquisition of RTFKT. These trademark applications consist of Nike’s logo “just do it” and air Jordan designs.

With new advancements in technology, new challenges come forward. In the present case too there will be many legal issues related to Intellectual Property. There is an urgent need to shed some light on intellectual property infringement in this virtual world which will be dealt with further in the article

A trademark means the identifiable phrase, symbol, and the word that stands for the specific product that has capacity to legally distinguish itself from other products present in the marketplace of like appearance. It identifies the product of that company and recognizes its own and gives some rights to ownership that can be enforced. It also protects the product from unauthorized use by a third party.

The first and the foremost question which crosses our minds is that does the digital assets in the virtual reality fall under the category of “Goods” under trademark law, and who should be held liable for infringement when the infringer is unknown. Another question is that is an owner of goods who has already registered his trademark has to register again in the metaverse?
As recently in 2022 Hermès, a fashion house sued Manson an NFT (non-fungible token) creator for trademark infringement who marketed a digital asset called “Metabirkins”, which was a digital copy of a bag created by Hermès, which sold at many high prices. This can a lesson for the companies interested in the metaverse.

There are no precedents through which trademark issues could be discussed, but an online platform named Second life appeared in 2003 was a pioneer of metaverse technology and its fast development brought numerous intellectual property issues.

We came to know that people can style their avatars in the virtual that means there can be potential trademarks issues; many fraudsters can use an identical symbol to deceive people to buy items. For example, in 2009 the owner of a physical TASER gun sued Liden Lab stating that the users of Second Life are infringing the TASER’s trademark by creating a version of the TASER gun and trading them in Second Life.

In another case of Minskey vs. Liden Research, Inc. , the plaintiff opened an art gallery in the virtual game world with the assistance of Second life, called “SLART” and obtained a trademark registration. At some time the plaintiff realized that the avatar is Second Life was using SLART for his art gallery. The court passed an injunction order to put a stay on the user of the second life from using the mark SLART. Liden Research filed an appeal in which the court terminated the account of Minskey on the ground of trademark infringement. Later it was settled.

Copyright is a legal right of the owner of intellectual property. This right is given to literary and artistic work like music, etc. Copyright gives exclusive rights to the owner for further use and he can transfer some rights too in exchange for royalty.

Metaverse is diminishing the difference between real and virtual world, there will be many similarities between the real and mirror world. The general rule is any work created by humans are copyrightable and not the work produced by plants or animal. So, if any work is created by AI (artificial intelligence) will it is able to come under the domain of copyrightable work? and will they be able to own protection?

In the case of Leo Pellegrino v Epic Games, Inc., Leo was the talk of the town for the amazing dance move he filed a case against a video game known as Fortnite because it is a similar dance move in the game.

This is just a context of how things can be copyrighted in the mirror world for which there is a need to be prepared. It will be difficult to report copyright in metaverse because there is neither any law nor any precedent to cover the legal issue.

The patent is a property right granted to the owner or inventor, it is given for an invention, which includes the product or even the process that provides a new way of doing something or provides an innovative solution to a problem.

Metaverse is based on various patentable technical infrastructures, including AR, VR, cloud computing, etc. With the growing number of patent applications, the risk is also increasing. One of the benefits of owning a patent for AR/VR is licensing is revenue, but identifying potential licensees may present a challenge. The owner of patented inventions used in the metaverse faces a greater challenge in policing infringement than do the owners of copyright and trademark because the use of software patents is not always visible in the metaverse.

Similar doubt arises for a patent as for copyright and trademark that whether patent protection extends to the metaverse is uncertain. For instance, the creator may rely on the real-life automobile to design car models in this mirror world which could turn out to fall into the automobile manufacturer’s design patent so, whether this hypothetical scenario will fall into patent infringement or not is a blurred picture.

There are several issues in metaverse but with some precautionary measures, they can be minimized as registration owners and inventors are strongly suggested to register their marks and works it will keep the owner in a better position to fight.

Another point is metaverse itself needs to develop an infringement reporting mechanism along with removing the copied content that when infringement is taking place in metaverse, it can be reported by the owner and can be removed easily. Till then use of AI technology can be the best practice, for example ,companies like Google and Youtube use AI to detect copyrighted content.
For copyright, it is better to ensure that agreement with the customer protects against the unintended distribution of copyrighted work.

Author: Neelakshi Joshi,  A Student of Indore Institute of law,  in case of any queries please contact/write back to us via email to chhavi@khuranaandkhurana.com or at IIPRD.