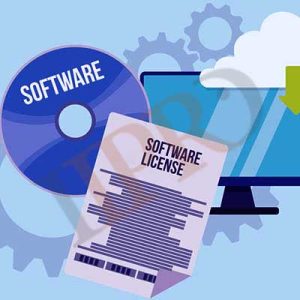 Copyright Law vests in the creator of certain works, or those deriving rights from such creators, a bundle of rights, from the moment of creation and fixation of such works[i]. However, one broad exception to this is the emerging work-for-hire doctrine, according to which the ‘employer or another person for whom the work is created’ is considered the author of the work, and would own all the rights flowing from it, unless the parties have expressly agreed to otherwise.[ii]The US Copyright Act lists two broad ways in which the work created by an individual will be considered a work for hire.[iii]

Thus, for a work to qualify as a work-for-hire, it must necessarily fall under either one of the conditions mentioned above. This categorization becomes complicated while dealing with works such as the development of software. With the advancement of technology, several companies outsource the development of software to independent contractors. Without clear terms and conditions to the agreements involved this might lead to considerable confusion between parties with respect to ownership over the copyright. To that end, this article will analyze the applicability of the work-for-hire doctrine to the development of software, specifically in cases where this has been outsourced to independent contractors or in cases where the scope of employment remains ambiguous. The paper will also look at the necessary procedure that needs to be adhered to in order for a software program to classify as a work-for-hire.

However, things become ambivalent while looking at the software created by a group of coders, either independently or when the terms of the employment agreement do not include specific provisions for software developments. A literal interpretation of the second part of 17 U.S.C. §102 of the Copyright Act would automatically disqualify software as a part of work-for-hire as it is not explicitly enumerated in the provision.

However, the United States courts over a few cases have held in dicta, that the work done for the development of software could be categorized as a work-for-hire; primarily because they are contributions to ‘collective works as listed in the second part of the conditions laid down. This was held in the case of IXL, Inc. v. AdOutlet.Com, Inc, where the court held that the ‘source code’ which was specifically commissioned for a particular software, would qualify as a contribution to a collective work. It further clarified that ‘the source code written for each section [of the website] would constitute a separate, independent work and is a contribution to the collective whole, i.e the website’.

Similarly, in the case of Stancard LLC v Rubard LLC, the court held that software developed for a particular company would be classified as a work for hire as long as there existed a written agreement between the parties. This case clarifies the necessary requirements which need to be fulfilled for software to be classified as a work-for-hire under the second category. An NDA titled “Inventions and work for hire” was considered sufficient to prove the intent and understanding of the parties for entering into a transaction that would confer ultimate rights on the employer. Additionally, the court held that the agreement should be signed by both the parties and that the party claiming ownership should prove that the parties had a prior understanding that the program was to be created as a work for hire. The given case interestingly also points out the fact that even though work might not qualify to be a work-for-hire, it might fall under the ‘assignment of copyright’ under 17 USC § 204. Thus, even if a particular software does not fall under the strict categorization of work-for-hire, it might still constitute an assignment of copyright according to the terms and nature of the agreement entered into.

Thus, the following three prongs would have to be fulfilled to categorize software as a work for hire under the second part of 17 U.S.C §102. This was also expanded on in the case of Inc. v. W.P. Stewart & Co

Through an analysis of the cases mentioned above and the relevant statutory provisions, it can be ascertained that a piece of software could constitute a work-for-hire, even in cases where it was developed by an independent group of people or when it was outside the scope of employment. However, this would be contingent upon the existence of a written agreement, signed by both parties. The nature and form of this agreement might vary, but the person claiming copyright over the final software, created by the third party should be able to prove that there was an understanding among the parties that the work so produced would fall under the scope of work-for-hire.

Author: Shrudula Murthy, a student of NALSAR University of Law, Hyderabad intern at IIPRD. In case of any queries please contact/write back to us at aishani@khuranaandkhurana.com.