Trademark law in India is governed under the Trademarks Act, 1999. The Act aims to provide for registration, protection and prevention of fraudulent use of trademarks for goods and services. According to section 2(zb) of the Act, a trademark is a mark capable of being “represented graphically”. It includes logo, slogan, shape of goods, their packaging and combination of colors. Registration of trademarks provides exclusive rights to the trademark holders and subsequent penalties for infringement.

Although the object of trademark registration is to distinguish goods or services of a business from another, it might have certain drawbacks. Successful businesses fall victim to “trademark genericide” in the long run. This article will focus on explaining the concept of genericide of trademark, its impact and the ways to prevent it. 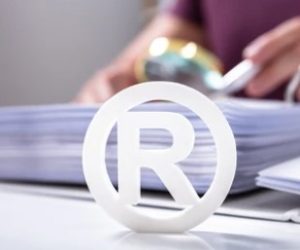 What is Trademark Genericide?

Trademarks are considered as a source of identification. They bestow a distinctive character on the goods and services of the business. Ironically, trademarks that become popular among the masses tend to lose their distinctiveness. Consequently, the public links the trademark to that specific product/ service instead of the manufacturer. This phenomenon of trademarks being deprived of its differentiating identity is known as “Trademark Genericide”.

In Coca-Cola Co v. Overland Inc. the Court emphasized that “An originally non-generic, valid trademark becomes generic and invalid when the principal significance of the word to the public becomes the indication of the nature or class of an article, rather than the indication of the article’s origin”.

Businesses face constant conflict between aiming to popularize their product and fearing to lose its distinctiveness making the brand synonymous to its usage. There are several instances such as aspirin, cellophane tape, zipper that were once non-generic trademarks have now been generalized by the public over time. The genericization of the trademark “Escalator” used by Otis Elevator company is now a common word defined by the dictionary.

What are the reasons for Trademark Genericide?

Genericization of trademarks results from several reasons. One such major reason is improper policing of trademarks. Trademark proprietors advertise their trademark by referring them to the product. This mistake eventually leads to customers generalizing it by associating the trademark to the usage of the product.

In order to avoid genericization, Xerox Corporation discreetly started ‘anti-genericide’ advertisements using taglines like – “You can’t Xerox a Xerox on a Xerox. But we don’t mind at all if you copy a copy on a Xerox® copier.” and “When you use ‘xerox’ the way you use ‘aspirin,’ we get a headache.”

Another reason is reducing the distinctiveness of a trademark by often using it as a verb rather than a proper noun. For instance, an esteemed trademark like “Google” has been reduced to a mere verb “Google it”. To refrain the public from genericizing it, Google has strategically published “rules for proper usage” to create awareness among the masses. However, considering the ignorant public who barely take time to read policies, this strategy would not have a greater impact like tactics used by Xerox.

Furthermore, products that are “first of its kind” often succumb to genericization. This is because the product has monopoly over the market since there are no competitors. Consequently, people synonymously use the product name to trademark. In the case of Siegert v Findlater, the court held that: “A person who produces a new article and is the sole maker of it, has the greatest difficulty (if it is not an impossibility) in claiming the name of that article as his own, because until somebody else produces the same article there is nothing to distinguish it from.” For instance, the brand ‘Dumpster’ by Dempster Brothers launched the product  ‘mobile garbage bin’ as one of its kind which eventually became generic.

What are the effects of genericization of trademarks?

Trademarks that fall victim to genericization can now be used by competitors in the market. This is because generic trademarks are not protected under the trademark law. Under section 9, Absolute grounds, and under section 11 Relative grounds of refusal of trademark registration have been mentioned.

However, companies like Xerox have triumphantly secured their mark in B.V Ilango vs. Rank Xerox Ltd.  The Intellectual Property Appellate Board (IPAB) ruled that “if a company or brand had taken extensive measures to rectify and police the incorrect usage of their trademarked term including sending cease and desist notices, it will not be considered as a generic term”.

In A.J. Von Wulfing vs. D.H. Jivandas and Co., the Bombay High Court ruled that “even if a trademark becomes publici juris, it might still avail the benefit of passing off.

Many companies in India too have encountered the issue of trademark genericization. However, a mark that has become publici juris can also be protected by the proprietors if taken right steps such as:-

Author: Mitshu Patel – a student at Kirit. P. Mehta School of Law, NMIMS, Mumbai,  in case of any queries please contact/write back to us via email to chhavi@khuranaandkhurana.com or at IIPRD.