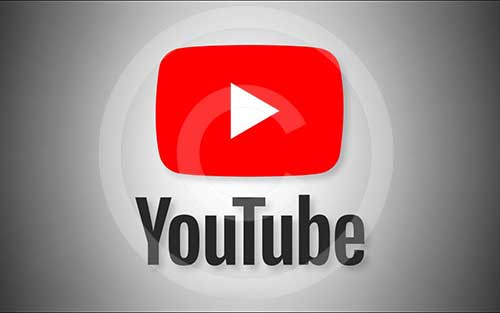 YouTube has grown from being an ad-free website where videos were posted, at random to now the home of commercialized content creation by people who qualify as professionals, in this space. The content creators on YouTube are authorized to upload videos that they have either made or authorized to use, which in legal terms means videos that they either are copyright holders of by creation or by assignment.

There have been numerous cases of copyright infringement on YouTube due to unauthorized use, mostly because while copyrights are not required to be registered most users don’t realize that use without permission leads to infringement.

In early October this year, Newslaundry, a fairly new Indian media watchdog, founded in 2012, which is known for reportage primarily on online platforms, faced allegations of copyright infringement and defamation worth 2 crore rupees from TV Today Network’s famous news agency, Aaj Tak. This claim of infringement led to Newslaundry’s YouTube operations being stalled and at risk of deactivation.

Aaj Tak claimed that Newslaundry has infringed TV Today Network’s copyrighted broadcast coverage on a number of issues, making untrue, unfair, disparaging, and malicious remarks. The claim of copyright comes into the picture as Newslaundry included clips of Aaj Tak’s broadcast during their analysis. In order to understand the second part, which includes Newslaundry’s YouTube channel being stalled, it is important to take note of the manner in which copyright infringement complaints are filed and dealt with on YouTube.

YouTube’s copyright enforcement for infringement is based on an automated system known as Strategic Legal Algorithms Against Public Participation or “SLAPP”. This facilitates a copyright holder’s request to take down the alleged matter, without much evidence, proof, or true legal reasoning. This scheme allows owners of copyrighted work to file a “legal takedown request” that enables the copyright owner to avail protection of their content. In case a copyright owner finds out that his creation (video) on YouTube is being used without authorization, the alleged copyrighted video is takedown by issuing a “Strike”, this indicates that the copyright owner has submitted a “complete and valid legal takedown request” for using their copyright-protected work. However, a “Strike” serves as a warning and the accused party is asked to attend Copyright School, where the intricacies of copyright and its enforcement are taught. If a user’s account gets over three “Strikes” then his account is subject to termination, videos shall be removed, and that user will be prohibited from creating a new channel.

YouTube allows those served with a “Strike” an opportunity to submit a counter-notification, to reinstate their video, and prove that the video was taken down in error. This will be submitted to YouTube to reinstate the video that was taken down if proved the same was done in error. Counter-notification is strict as mentioned in the terms, subject to fair use, this concept will be understood in-depth in this article.

Once the notification is sent it will be forwarded to the claimant only if it meets all “legal requirements”, a term not defined in its policy. There is a 10-day period that the owner has to reply with evidence to this counter-notification. Another option is available to the person alleged of such infringement, is to wait for 90 days for the Strike to expire and then approach the original owner of the copyright to retract their claim. While YouTube provides for these so-called remedies, it is still devoid of any legal authoritative backing.

Fair Use under the Indian Copyright Act, 1957

Further, according to YouTube’s definition of Fair Use, which does not consider criticism as an infringement of copyright, despite being subject to the US Jurisdiction is backed by Section 52(1) (a) (ii) of the Act of 1957 and thus it is only right to say that Newslaundry’s videos have not infringed copyright.

The bigger issue at hand is the SLAPP system that YouTube has adopted, it is automated and also not legally compliant with Indian domestic laws on copyright is turning out to become a harassment tool for many. Hence, the “Strike” takes place in a rather arbitrary manner leaving unattended scope to those who wish to silence the ones simply exercising their right to free speech. To be able to speak freely is a fundamental right guaranteed under this constitution and the claims made by Aaj Tak by no meaning under the Act fall under the ambit of Infringement.

It is pertinent to take note of Rule 75 of the Copyright Rules, 2013. There is a compliance requirement under this Rule for any person who has facilitated transient or incidental storage f work through electronic links, etc. (in this case YouTube) to submit any kind of written complaint received under Section 52(1) (c) of the Act. This becomes important because it also includes an obligation to put-back content unless the rights owner/complainant obtains a court judgment within 21 days of providing notice to the intermediary. While the process that YouTube has adopted is similar but without the legal effect of Section 52, Rule 75 is compromised and overall accountability suffers.

It is important to take note of the case of upper Cassettes Industries Limited v. Hamar Television Network here where the Delhi High Court laid down principles that should go into considering what reportage of news can be deemed to be “criticism” or “review” and held that Courts ought to adopt a “liberal approach” in these situations.

There is scope to understand this whole issue from the point of criticism and review of copyrighted material. The idea that goes behind critically reviewing a piece of literature, art, or media, as is the case nowadays is the generation of a new point of view. This was what was held in the case of  Super Cassettes Industries Limited and Ors. v. Chintamani Rao, wherein the Court noted that“The focus of attention and interest of the producer/author of the work and the viewer/listener should not be the work of another, but the work created by the person who may, bona fide be using the work of another for the specific purpose of criticism or review of that work, or of any other work.”

Therefore, while reporting a piece of news, or any incident it is but natural for a new point of view to emerge, and it would be a futile effort if this was not the outcome. When the Indian constitution guarantees freedom of speech and expression, the threshold for it to become conflicting with copyright must be tested at a very high level. It will only be right to deem the works of Newslaundry as a review or criticism of the works of Aaj Tak, which does not in any way infringe their copyright over such work.

There is certainly a responsibility that lies with online platforms for the regulation of content on YouTube, so as to ensure that it remains autonomous as well as fair. However, there is a need for the Courts to step in and protect as well as prevent such arbitrary harassment of such works. Courts must deal with such cases in light of the Act as well as the Hamar Televisions (supra) liberal approach because YouTube’s policy does not lay emphasis on domestic laws nor does the scheme comprehensively scrutinize such exceptional cases.

Author: Nimrat Singh – a student of Symbiosis Law School (Noida), in case of any queries please contact/write back to IIPRD via email vidushi@khuranaandkhurana.com