Patent And The Law – Licensing Of Patent In India

Patent licensing is a concept that provides that patent holder can further delegate his/her rights to a person who can further use it according to the patent holder and take his invention forward and in return pay royalty or remuneration to the holder. 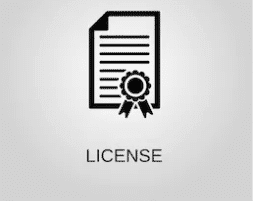 A patent license is a right granted to a person to protect and authorize a patent to that person so that nobody can sell, use, or exploit his patent. Such use or selling can only be done by the consent of the patent holders only and so licensing comes into the key role. It is also a tool that can transfers the exclusive rights over the patent from one person to another before the expiration of such patent. Also, there are few conditions upon which the license holder may delegate his authority to the licensee.

Doha conference 2001 held by WTO necessitated the medicine over IPR. It was decided clearly that the medicines are provided at cheaper rates for protecting the public health and the country’s member to it may decide on their own about the terms and conditions regarding the same.

In India, the idea of Compulsory Licensing is in play. It alludes to a permit given to a person involved with assembling, sell or utilize the item or product which has been conceded a patent without the consent of the proprietor. The conditions for compulsory licensing is secured under section 84 and 92 of the Indian Patent Act 1970 which expresses that:

Compulsory licensing will be allowed on the accompanying grounds (Section 84):

Preferences for according the compulsory license:

Natco Pharma Ltd. is the primary organization to file a petition for necessary authorizing for delivering the generic form of Bayer’s Corporation’s licensed medication Nexavar. This medication was utilized in the treatment related to kidney and liver disease. The patent office in 2012 allowed the obligatory permit/ compulsory license to Natco Pharma for a similar medication for the explanation that general society didn’t approach this medication at moderate cost and the protected innovation was not worked in India. They expressed that all the 3 points of section 84 were satisfied that,

Thus, Natco applied for the necessary license under S. 84 of the Patent Act for Bayer’s licensed medication Nexavar. Nexavar was accessible by the Bayer Corporation for $ 6299 for a month’s course. Natco Pharma recommended that a similar medication would be accessible by the name of Sorafenib Tosylate for just $196. It was recommended that it would profit the entire public of India which is in millions. The administration ruled for the overall population wellbeing and conceded the mandatory license to Natco Pharma.

For another situation of compulsory license in India, Lee Pharma, a Hyderabad based Indian pharma organization, documented an application for a necessary license for the patent covering AstraZeneca’s diabetes the board drug Saxagliptin. The grounds affirmed by Lee Pharma were that:

Notwithstanding, all the three grounds of Lee Pharma were dismissed by the Controller General, and the Compulsory license application was denied on the ground that Lee Pharma neglected to exhibit what the sensible prerequisite of people, in general, was as for Saxagliptin. The Controller General likewise expressed that Lee Pharma neglected to show the specific number of patients being recommended the licensed medication and the number of them couldn’t acquire it because of its non-accessibility and thusly it was hard to hold if producing in India was vital.

Author: Niharika Singh, a 5th-year student of GGSIPU University, an intern at Khurana & Khurana, Advocates and IP Attorneys. In case of any queries please contact/write back to us at aishani@khuranaandkhurana.com.