On July 14, 2021, the General Court of the European Union delivered leading cosmetics and skincare label Guerlain a win in the fight to register the distinctive shape of its “Rouge G de Guerlain Lipstick.” The decision annulled the earlier determination of the European Union Intellectual Property Office (EUIPO) and its Board of Appeal (BOA), both of which frowned upon the idea of affording protection to an unconventional feature of the lipstick (Rouge G)—namely, its trade dress. The fundamental concept underlying the General Court’s decision lies in the significantly distinct three-dimensional shape of the lipstick case. The willingness of the Court to grant a trademark for the product’s visual appearance was based on the objectively unique visual effect that the product generates in the lipstick sector. The impact of the ruling results in a revolutionary change as it liberalizes the confines of the scope of determination of a trademark based on its aesthetics. 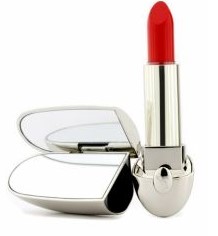 The instant order of the General Court proves wrong the false assumptions that the shape mark is dead under the trademark law based on the doctrine of aesthetic functionality. This blog aims to analyze the two different approaches for protection of trade dress under the European trademark law in the instant matter while emphasizing new gateways for companies that are looking forward to protecting the trade dress of their product.

The concept of functionality is dealt in the European trade mark law under Article 7 (1)(e) of the European Union Trademark Regulation (EUTMR) which especially deals with the grounds of refusal of trade mark protection for the shape trademarks. According to it, “signs which consist exclusively of: (i) the shape which results from the nature of the goods themselves; (ii) the shape which is necessary to obtain a technical result or (iii) the shape which gives a substantial value to the goods cannot be registered as a trade mark” The execution of the functionality doctrine is confusing, particularly with regards to the third ground for exclusion, which is often referred to as ‘aesthetic functionality’. The application in practice of this kind of functionality is anti-monopolistic as highlighted under the U.S. trademark law which was later borrowed and adopted in a more limited sense in the European trademark law.

The functionality concept has been employed in the U.S. trademark law for more than half a century. According to this doctrine the functional features of a trademark, or those features having primarily a utilitarian purpose, are not to be granted a trademark protection. Relying on Qualitex Co. v. Jacob Products Co., U.S. law forbids trademark protection of any aspect of a product that is essential to the use or purpose of the product, that affects the quality of the product, or that affects the cost of bringing the product to consumers. The Doctrine presumes the imitation of that specific feature to be a “legitimate competitive endeavor” rather than malpractice. Hence, the design is available for all as a matter of free competition. This position was strengthened by Re Pingel Enterprise Inc., wherein it was determined that the subject trade dress will be refused registration if it is aesthetically functional, despite the subject trade dress having acquired distinctiveness.

The decisions of the EUIPO and the BOA are inspired from the impugned doctrine of aesthetic functionality restricting the scope of what falls in the realm of a trademark. This view can be observed in several decisions passed by the EUIPO before. In Birkenstock Sales GmbH v. European Union Intellectual Property Office, the Court of Justice of the European Union held Birkenstock’s surface pattern was mark devoid of distinctiveness. In another matter, namely Louis Vuitton Malletier v. EUIPO, LVMH was unable to secure registration of its Damier Azur pattern. Further in the case of Tecnica Group S.p.A v. Zeitneu GmbH, Moon Boots was  also unsuccessful in obtaining registration for its shape. The same can also be found in the Buffalo Boots GmbH case wherein the Buffalo position mark was not considered for registration yet.

The decision of the EUIPO Examiner and the Court of Appeal was derived by questioning the shape of the lipstick on the last ground that it was obtained by a technical result. The EUIPO Examiner had rejected the application, owing to the lack of distinctive character and, therefore, incongruent with Article 7(1)(e) of the European Union Trade Mark Regulation. While upholding the brand’s right for registration of the trade mark, the BOA reiterated the facially deficient distinction of the shape at stake. The decision of the BOA also stated that the shape in question was not a rare sight for customers and is merely a variant of the existing shapes. Hence, the two restricted the company’s right to create a monopoly over the shape in the market.

This approach has percolated courts around the world for the ensuing decades. It restricts innovation by granting inventors free competition over a new product design thereby, limiting the trademark law to an anti-monopolistic understanding. The continuous practice will lead to impasse and over-protectionist consequences in the trademark law. Hence, it raises serious concerns as it may have a negative impact on innovation in relevant marks across markets.

The General Court in its decision has provided for a revelatory solution which follows a pro-competitive and pro-innovation perspective. The prime focus of the lawmakers while shaping the contours of the IP Laws lies in the balanced competition on one hand and identification and imitation of the product on the other. As a part of this exercise, the balancing act provides for optimum market efficiency and negligible scope of imitation. Both ‘aesthetics’ and ‘functionality’ serve as the major determinants of today’s market reality. Hence, granting a trademark becomes all the more relevant in today’s time to protect the interests of the inventor.

The General Court while upholding the stance of Guerlain stated that “the shape at issue is uncommon for a lipstick and differs from any other shape existing on the market” and recognized the same to be in opposition to the common shape for a lipstick most of which are characterized just by a cylindrical parallelepiped stick. It observed that the shape applied for is like that of “a boat hull or a baby carriage”. Furthermore, the presence of the small oval embossed shape contributes to the unique visuals of the mark applied. Finally, the fact that “the lipstick represented by this mark cannot be placed upright reinforces the uncommon visual aspect of its shape.”

The emerging nature of such an approach can be traced back to the case of Pagliero v. Wallace China Co. wherein, the Court stated that “from the standpoint of the purchaser China satisfies a demand for the aesthetic and that the “attractiveness and eye-appeal of the design sells the [Wallace] China.” Furthermore, the Court emphasized on the visual appeal of the China as an important ingredient in the commercial success of the product. The General Court is of a similar view as it defines the scope of the approach to relevant market sectors but, differed by granting a trademark thereby permitting an exclusive right of the company over the visually attractive shape.

When anticipating and addressing objections in matters of registration of a shape of a trademark, the objective analysis, and comparison of the shape against those commonly found on the marketplace and to which consumers may be accustomed to the same product becomes necessary.  It is also worth noting that when a number of small differences from the norm are taken together, it is enough to show a sufficient departure from common shapes in the relevant sector to secure registration in support of its aesthetics. Thus, the decision of the General Court is a way forward in the European trademark law as it embarks upon the wisdom of protecting 3D shapes that have some specific aesthetic value as a variable characterized by its prospective market appeal.

In the process of casting the aesthetic functionality doctrine in the concrete of marketability in a specific sector, this verdict strengthens and provides solid reasoning for the robust application of the rudiments of legal principles. In particular, this judgment stands out for the Court’s unambiguous recognition of the reception of the product’s shape in relation to the market it caters to. Additionally, the case clearly re-enunciates the cosmopolitan approach evident from the active import of the aesthetics differing from the doctrine of aesthetic functionality in the European trademark law as was also iterated while granting protection to Christian Louboutin Bullet Shaped lipstick under TM&ID Rights. With the expansion of the global market, a decision validating the distinctive shape of products that function as an indicator of commercial origin is significant for the evolution of trademarks law.

Author: Kanika – a student of Rajiv Gandhi National University of Law,  and Bhavya Sangri – a student of  University Institute of Legal Studies, in case of any queries please contact/write back to us via email chhavi@khuranaandkhurana.com or at IIPRD.