Recently, Merck, also known as MSD, has entered into licensing agreements with five Indian generics drug manufacturers to manufacture and supply oral Covid-19 drug Molnupiravir. MSD India is a wholly-owned subsidiary of Merck Sharp & Dohme (MSD) and is known as Merck & Co., Inc, in the United States and Canada. 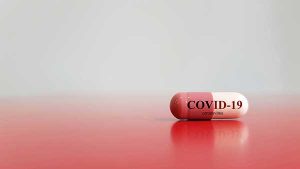 Under the agreements, Merck will provide licenses to these manufacturers to supply molnupiravir to India and more than 100 LMICs. These are non-exclusive voluntary licenses with Indian pharmaceutical companies:

All the above companies also have World Health Organization (WHO) prequalified manufacturing facilities and the capability to act as global suppliers of the drug for low and middle-income countries.

Molnupiravir (development codes MK-4482 and EIDD-2801) is an investigational antiviral drug. It is a prodrug of the synthetic nucleoside derivative N4-hydroxycytidine and is a potent ribonucleoside analog that hinders the replication (through the introduction of copying errors) of various RNA viruses, including SARS-CoV-2.

This drug is currently being studied in a Phase 3 trial to treat non-hospitalized patients with confirmed COVID-19.

Kenneth C. Frazier, chairman, and CEO of Merck said “The scale of human suffering in India at this moment is devastating, and it is clear that more must be done to help alleviate it. These agreements, toward which we have been working as we have been studying molnupiravir, will help accelerate access to molnupiravir in India and worldwide. We remain committed to aiding in the global response that will bring relief to the people of India and, ultimately, bring an end to the pandemic.”

Meanwhile, some other Indian drug manufacturers, such as Natco Pharma and Optimus Pharmaceuticals are conducting or are in advanced stages to conduct Phase III clinical trial on Molnupiravir for use in the treatment of Covid-19 drug.